A Short History of Scotch Whisky

The Great Debate: Whisky vs Bourbon

How big is a cask of whisky? 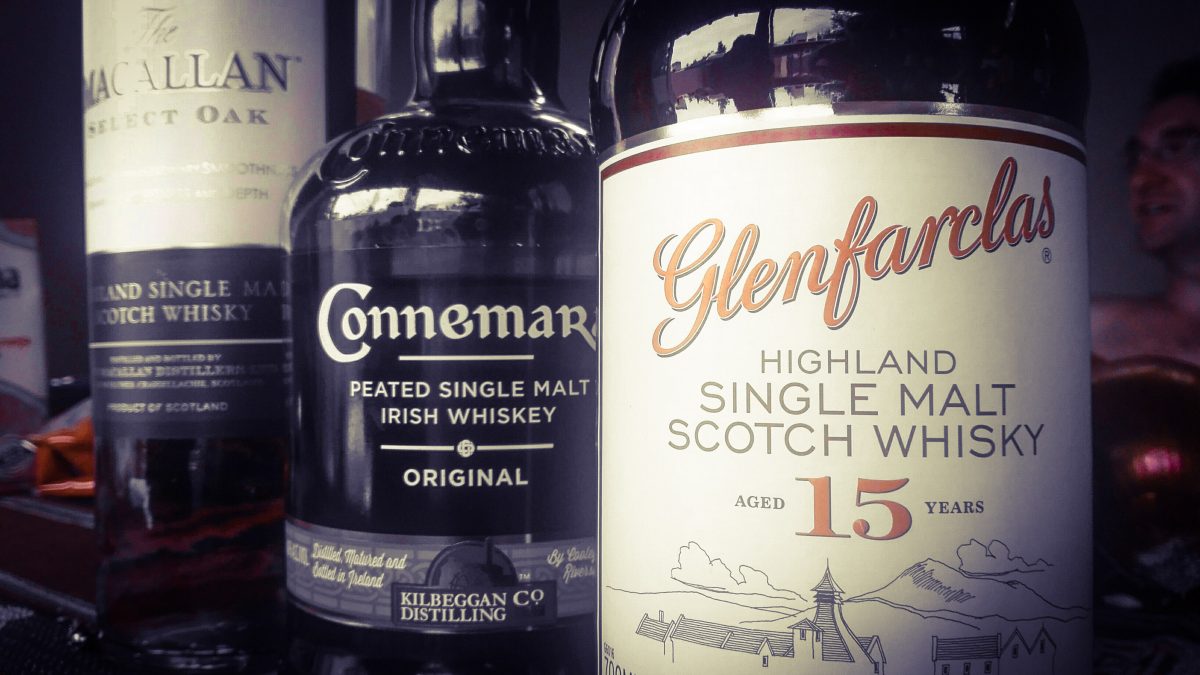 Scotch whisky is as timeless as it gets. The value of Scotch may fluctuate from time to time, but the quality of a sealed bottle is essentially ageless. The market for Scotch has grown tremendously and steadily over the last few decades due to its popularity as a high-quality spirit. While it continues to be dominant in the world of spirits today, the known history of Scotch whisky is sparse at best.

Distillation and Its Early History

Some believe that the art of distillation for whisky production grew independently out of the British Isles. This process involves the germination and fermentation of barley to produce a liquid that’s distilled twice. In essence, this is how whisky is made even to this day. It’s likely that missionary monks introduced this type of distillation to Scotland. The earliest artifact of distillation (the alembic, a distilling device consisting of a rounded, necked flask that condenses liquid to a separate container) discovered in Scotland dated back to 800 A.D. Due largely to the Ottoman wars, early distillation technology had spread throughout Europe by the 15th century.

The first record of Scotch whisky dates back to as early as 1494. These came from the tax records back then, The Exchequer Rolls, and it showed the purchase of ingredients to make a certain kind of liquor. This liquor came to be known as the first whisky. It was nicknamed aqua vitae or water of life. Another early evidence of aqua vitae came from the accounts of King James IV’s Treasurer. Apparently, the King was fond of the liquor as suggested from records of orders of the drinks from 1506.

The quality of this first whisky was remarkably different then. You can imagine the distillation equipment and procedures were elementary. The result of this basic process was a drink that was quite potent and often lethal. It’s believed that the quality of aqua vitae changed around the 16th century during the time known as the Dissolution of the Monasteries (1536-1541). Henry VIII disbanded the Roman Catholic monasteries, resulting to monks that were desperate for an industry that could fund their living expenses. It turned out that the monks had a natural skill for distillation, and many found themselves involved in the making of alcohol. Their involvement also fueled the growing interest and acceptance of the liquor, both for medicinal and recreational purposes.

By the 17th century, whisky was being made across Scotland. References for “uiskie” have been found from funeral records and criminal records as early as 1614.

Some of the earliest records of liquor taxes in Scotland came from the mid 17th century, but the earliest distillery didn’t become official until 1690. The very first legal distillery in Scotland, as mentioned in the Acts of Scottish Parliament, was the Ferintosh Distillery of Culloden—owned by one Duncan Forbes.

During this time, there were many efforts pursued to legitimize the whisky trade. However, many rejected the imposition of taxes. The whisky industry was completely illegal during that time, and many started operating underground

The Culture of Whisky

It was around this time that whisky started becoming a common aspect of Scottish culture and survival; whisky became an integral part of Scottish life. Back then, you welcomed friends into your home with a dram, and you lived through the coldest Scottish winters with whisky.

With the continuation of rising taxes due to the 1707 Act of Union with England, Scotch whisky continued to be consumed illegally. It became a product of smuggling for at least a hundred years.

The invention of the continuous still in 1820 brought on the modernization of the distillation process. The trade stayed illegal up until 1823, when the Excise Act was passed. This made it legal for larger businesses to operate, only after paying licensing fees and taxes per gallon of Scotch whisky made.

By the beginning of the 20th century, the reputation of Scotch had spread into various global markets. At one point, even France became the largest market for Scotch whisky. Scotch became popular throughout European nations, but it was also largely popular in two other markets, the US and Japan. Both countries eventually developed their own whisk(e)ys, but the US especially developed a taste for Scotch. Whisky became quite a popular underground drink during the American Prohibition (1920-1933). By 1936, just a short three years after the Prohibition ended, the US became the largest market for Scotch whisky and Bourbon.

Today, Scotch is consumed and enjoyed by whisky fans worldwide. The process of traditional Scotch making has largely been unchanged since it was developed over a hundred years ago.